This might be a solution… Earned Income Tax Credit (EITC) Here’s a link to the IRS Webpage about EITC:    EITC on www.IRS.gov The Earned Income Tax Credit (EITC) is a financial boost for lower income working people. You may qualify for the first time if your financial, marital or parental status changed in 2011. Eligibility is based on several … END_OF_DOCUMENT_TOKEN_TO_BE_REPLACED

This increase is scheduled to take effect on April 1, 2012.  It will increase fees for Freddie Mac and Fannie Mae home loans for both new loans and refinances.  It will also affect FHA  loans by increasing the annual mortgage insurance premium that borrowers pay. Fee Increase to Impact Home Loans Thanks to Bryan Johnson, Senior Mortgage Advisor with First … END_OF_DOCUMENT_TOKEN_TO_BE_REPLACED

On Dec 29, 2011,U.S. Department of Housing and Urban Development (HUD) announced that it was extending its waiver of the “90-Day Anti-Flipping” regulation through the end of 2012. The extension of this waiver will allow owner-occupant buyers to purchase homes, which have been owned by the Seller for less than 90 days using FHA-backed loans. These types of homes are … END_OF_DOCUMENT_TOKEN_TO_BE_REPLACED

Congress has just reinstated the loan limit formula and maximum cap for Federal Housing Administration-insured (FHA) loans for two years. The provision reinstates the FHA loan limits through 2013 at 125 percent of local area median home prices, up to a maximum of $729,750 in the highest cost markets. The floor will remain at $271,050.The loan limits for Fannie Mae- … END_OF_DOCUMENT_TOKEN_TO_BE_REPLACED

NEW “GREEN” ADDENDUM FOR APPRAISALS — Up until recently the “green” or energy efficient features that homeowners have added to their homes have not been included in the valuation of a home when it was appraised. The features have been a good selling point in getting the home sold but have not benefited the home seller in raising the … END_OF_DOCUMENT_TOKEN_TO_BE_REPLACED

Since we’re this close to Halloween, I thought it would be interesting to write about this reportedly haunted house in Aspen, CO. This is the Henry Webber House, also called “Pioneer Park”. The home was built in the 1880’s during Aspen’s Silver Boom. The home is reportedly haunted by Henry’s wife Harriet, who died under suspicious circumstances. According to Wikipedia; … END_OF_DOCUMENT_TOKEN_TO_BE_REPLACED

This program is back and currently approved for a limited time. Starting 10/19/2011  and continuing for a 12 month period.  FHA has made this  $100.00 down payment program available for Owner Occupant buyers using and FHA loan. The requirements for this incentive are: Buyer must be an owner occupant utilizing FHA-insured financing The offer must be a full price offer  … END_OF_DOCUMENT_TOKEN_TO_BE_REPLACED 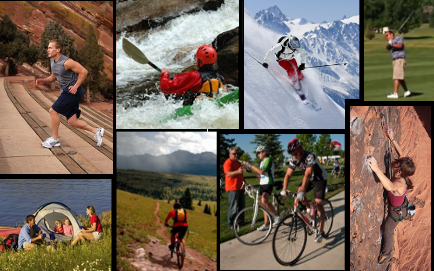 What would you do with over 300 days of sunshine?